As we near the end of 2015, and I reflect back, one of the things that stands out in my mind about the year is that I was pretty disappointed in many of the books I read. Not everything I read this year was published in the last twelve months, but I’d say that over half of my selections came out in the last three years. I’m not sure if my standards are getting higher as I study writing more, or if the industry is getting weaker in general, or if I just picked the wrong books through bad luck.

I did find a few books that I liked. I always enjoy Brandon Sanderson, and Firefight was one of my favorite reads this year. Mark Lawrence is another one of my top authors, and Liar’s Key was a solid installment, though the books from the Red Queen trilogy aren’t as good as those in the Broken Empire. I found Brian Staveley’s The Emperor’s Blades (2014) and Naomi Novik’s Uprooted to be quality reads as well.

But I tried quite a few others that I didn’t like, some of which I found so weak I didn’t even bother finishing them. While they all had their own flaws, I think the biggest commonality among those stinkers was a failure to elevate tension throughout.

Because I’m a fledgling writer, I feel obliged to use a silly metaphor here. I like to think of creating, maintaining, and elevating tension in a (long-form) story as the act of blowing up a balloon. Take a deep breath right before you start, push it all into the balloon, and repeat. There will be short breaks for you (and the reader) to catch a breath, but make sure you never let any air leak out during the process. From start to finish, the balloon should only grow in size, until it pops at the end.

Some of the weakest books I’ve read recently either failed to work at building tension early in the story, or even worse, blew the balloon up part of the way and then let a bunch of air leak out halfway (or 1/4 of the way) into the book. I really think this kills the story.

Yeah, I’m sure some people don’t mind reading stories that meander around and eventually sorta just wander into the point. But I (usually) don’t, and I think most readers of genre fiction feel the same way. And I’m still surprised when I find traditionally published (meaning Big 5) genre novels that fail at this. Yet I still see it a lot, even among books that are nominated for awards.

I’m a Portfolio Manager at a Commodity Trading Advisor (Crabel Capital), a Marquette grad, a Milwaukeean, an Angeleno, a nerd, and a (as yet unpublished) fantasy author. Follow @KevinIndrebo 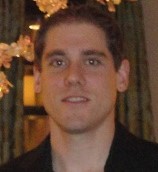 An Irreverent and Insightful Blog about Wall Street

A Wealth of Common Sense

Small Steps Toward A Much Better World